Thomas Salter "Return of the Jedi"

There are eight sets in this range: 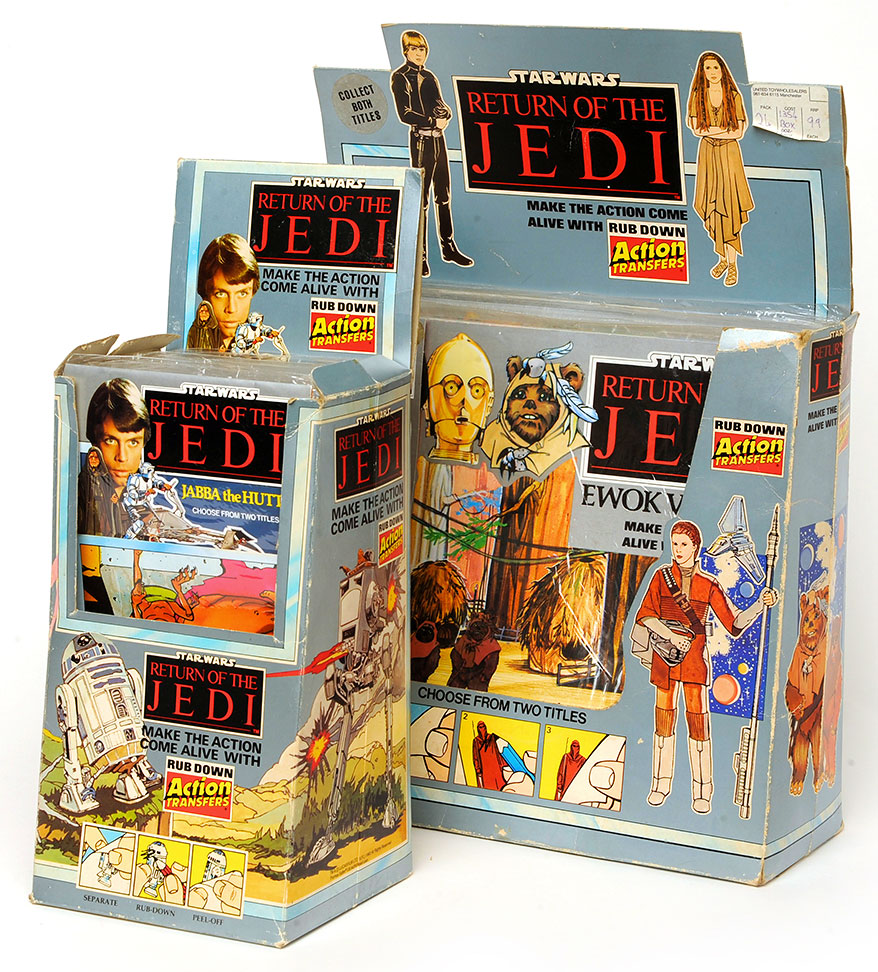 There were two pack sizes, with two titles in each size; above you can see the display boxes from which they would have been sold. Note that the figure drawings on the display box art appear quite sophisticated; unfortunately, this sophistication did not transfer well to the transfer sheets & backgrounds, which seem to suffer from poor reinterpretation. Possibly the fine lines habitually employed by the artist, Sharansky (see the small pack "Jabba the Hutt"), were considered unsuitable & had to be 'beefed up' — with unhappy consequences.

Apart from the four packs, there were also three box sets — joined later by a fourth.

Small Box: "The Battle on Endor" 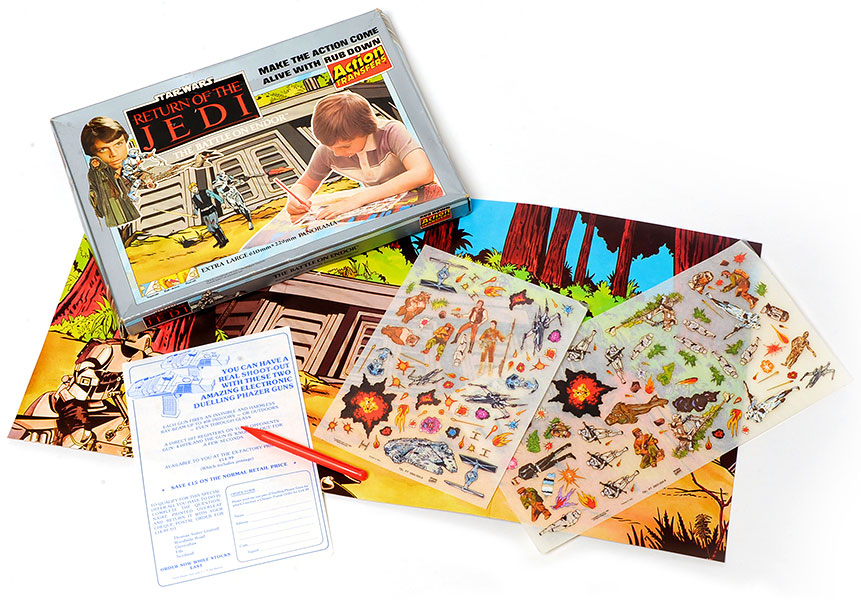 This box is referred to on the backs of the packs as "Small", but on its own front as "Extra Large". You be the judge! The actual size of the background scene is 610mm x 229mm.

If you'd like to see the Duelling Phazer Guns offer up close, it appears on this one of the Universal Task Force pages.

To be really complete, you can also see the supplied MagiX Stick (for rubbing down the transfers) in detail right at the bottom of this "What are Transfers?" page. The fact that the stylus was supplied is, of course, evidence that Thomas Salter were thinking simultaneously of the US PrestoMagiX market. The relationship between Letraset, Thomas Salter & Gillette/American Publishing/PrestoMagiX is discussed elsewhere… (here, for example.) 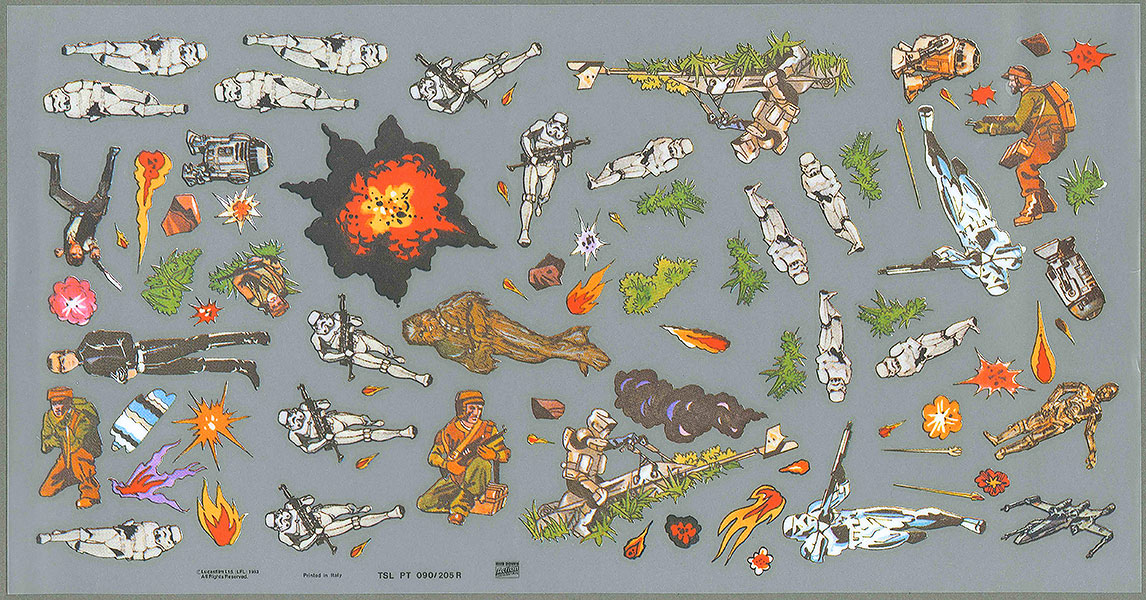 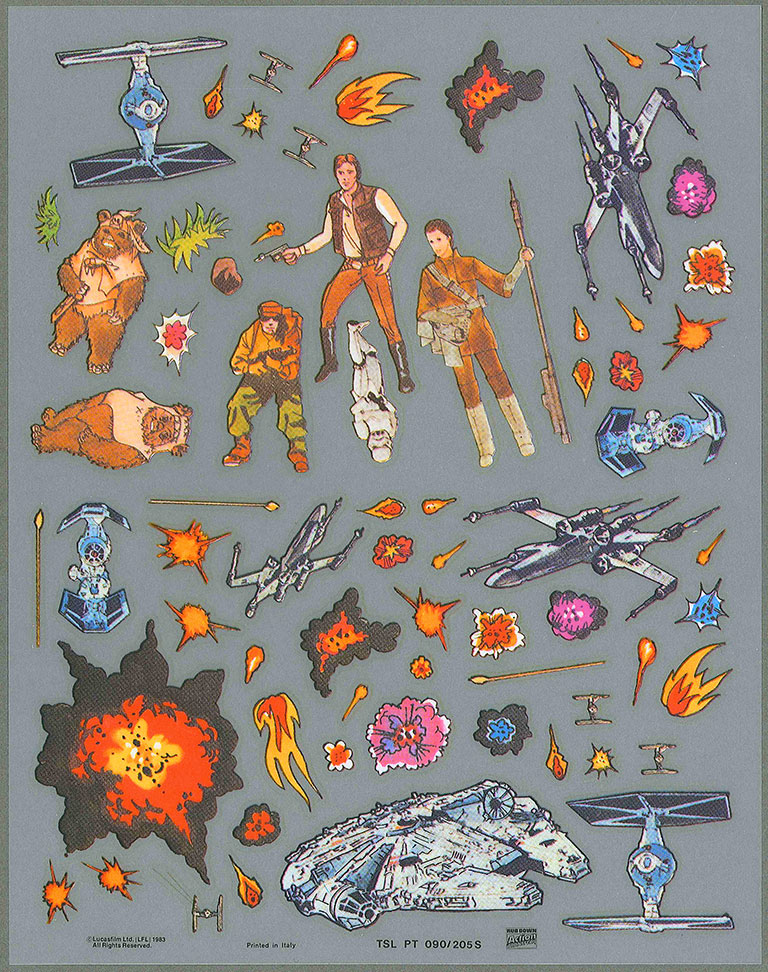 Picture Credit: the SPLAT Scan Archives, with thanks to Craig Spivey